Sydney-based energy storage start-up Gelion has delivered the first commercial rollout of its zinc-bromine gel battery technology in six smart solar benches installed on campus at the University of Sydney.

Sydney-based energy storage start-up Gelion has delivered the first commercial rollout of its zinc-bromine gel battery technology in six smart solar benches installed on campus at the University of Sydney.

Gelion Technologies, which was spun-out from the same University by founder and chemist, Professor Thomas Maschmeyer, has supplied the solar and battery-powered benches as part of the University’s living laboratory project.

The installation is part of a $1 million contract with the University that kicked off in early 2019, when Gelion’s Endure battery storage system was integrated into a portable, automated solar light tower, also at the University of Sydney. 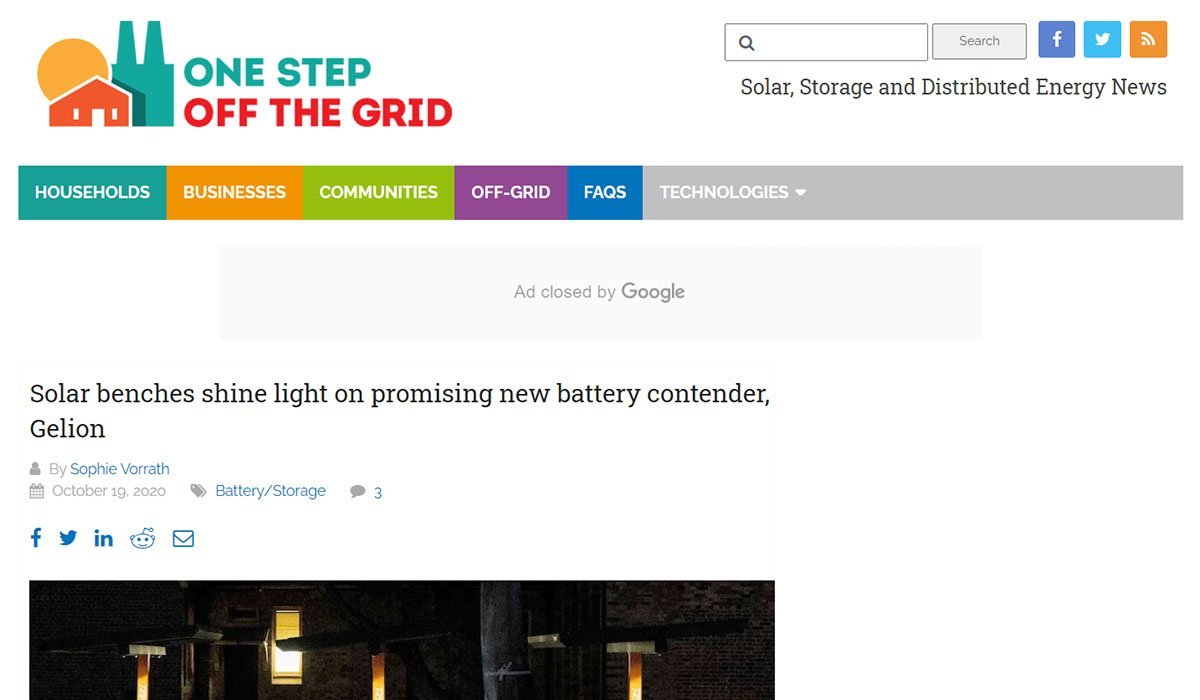 Each of the six solar benches, unveiled on Monday at the University’s Camperdown and Darlington campuses, incorporate two seating benches and a solar roof that doubles as shelter, and are designed to extend lighting zones without mains power.

Storage-wise, at this stage each solar bench has been fitted with a small 1.2kWh version of the Endure battery, which will power the lights at night, while also demonstrating the batteries’ capabilities and monitoring their performance.

But Maschmeyer says the plan is to revisit the benches in the middle of next year and retrofit some of them with an up-sized version of the Endure battery that will have the capability to recharge student phones and laptops.

“The first generation [of the Endure batteries] is designed to supply the light at night, and to showcase that the whole battery technology works in this format,” Maschmeyer told One Step Off The Grid.