Historic moment in Gelion's journey is a big deal for Australian industry.

University of Sydney spin-out Gelion has done something few university-born battery tech companies have managed – making it to industry.

The plant will be able to produce 2 megawatt hours of batteries annually, mainly thanks to the unique ability of the tech to use around 70 per cent of existing lead-acid battery processes.

“Now that we’ve produced this, and we’re producing batteries that work and meet customer specifications, we can scale up,” she said.

“There’s not that many battery technologies that make it from university into industry – and we’ve done that in a capitally efficient manner using brownfield infrastructure.

“Using expertise here in Australia, we’re producing batteries that are going to be exported to Spain for Acciona Energia.

“And this provides the basis for large-scale manufacturing in the near future.”

The plant is a big deal, because it shows we could scale our sovereign domestic manufacturing capacity efficiently by leveraging existing processes and supply chains – and could give us a slice of the global battery market which is expected to reach $265bn by 2026.

It’s also a vital move to reduce our dependence on other countries for processing of lithium batteries (we’re looking at you China), risky supply chains (anything around Russia and Ukraine) and a dependence on finite rare-earth materials.

According to McCaughey, this ability to create scalable onshore production facilities that can aid Australia’s energy transition, and which produce sophisticated exportable products from Australian technology and industrial know-how, is absolutely critical to securing our nation’s sovereign manufacturing capabilities.

“We do all of the manufacturing, it’s not like we’re just getting components and assembling them, which is what happens with lithium,” she said.

“Our technology uses lead-acid form factor, which is a $60 billion global business so it’s got incredibly diverse supply chains, we have it here in Australia, we have it in the US and so many of the components that we’re actually going to use are made here in Australia.

“It’s not just that we are buying assembled parts, we’re actually manufacturing the battery and the patented gel formula here in Australia and building the battery here.

“So, all of the sovereign capability and the IP and the industrial know how will also be here.”

Oh, and they’ve got the support of the federal government. 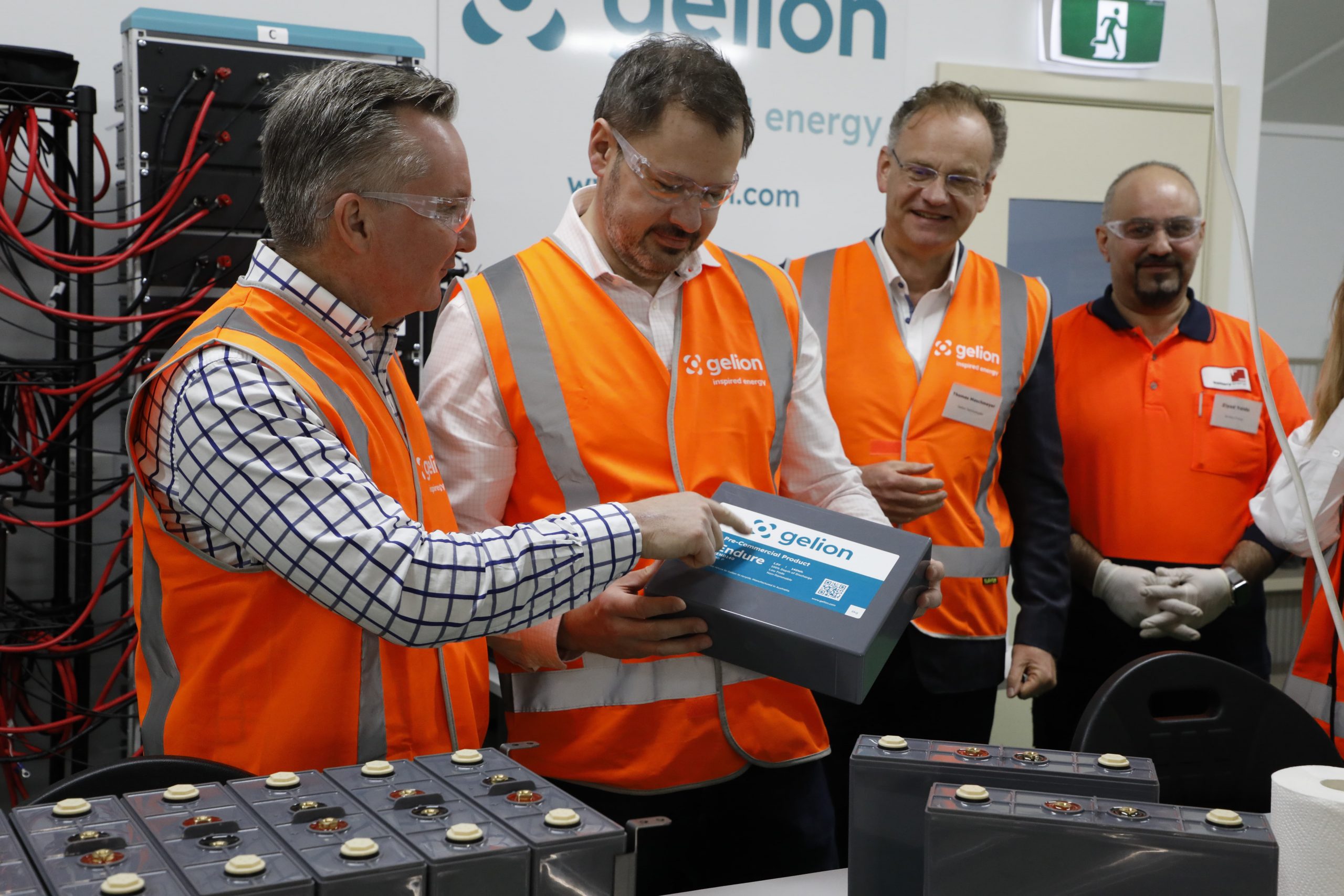 Gelion says the Endure battery charge lasts for 6 to 12 hours – as opposed to lithium batteries which last 1-2 hours – and so will be critical in replacing fossil fuel-produced energy on the grid by providing new storage options for a higher percentage of renewables.

“That’s the brilliance of the technology, because we’ve taken a very established and very safe form of chemistry, that has been proven in being very good for long-term storage, which is six to 12 hours and we put it in a form factor of a lead acid battery, which means that you can use the cell assembly, sealing, vacuum filling etc – so we’re using all these standard pieces of industrial equipment to manufacture our battery,” McCaughey said.

“It’s an estimate, but if we were to scale our infrastructure to a gigawatt hour, so gigafactory, it would potentially cost between $US16-20 million.

“The same for lithium batteries is about $US140 million.”

Gelion has already created 70 jobs, because it needs similar skills to those used in other legacy industrial processes, including coal-fired power stations, so there’s potential to absorb, retrain, and grow thousands of fossil fuel-reliant or otherwise diminishing jobs as Australia’s energy transition occurs.