Engineers Australia: This stationary battery is safer and greener than its competitors

This Australian company has developed a stationary battery that is greener, safer and potentially even cheaper than its competitors.

Six years after it was spun out from research developed at the University of Sydney, Australian battery company Gelion has listed on the London Stock Exchange.

The move presages big things for the start-up, which is developing for commercial use a zinc-bromide battery that is safer and has a higher energy density than its lead-acid counterparts. 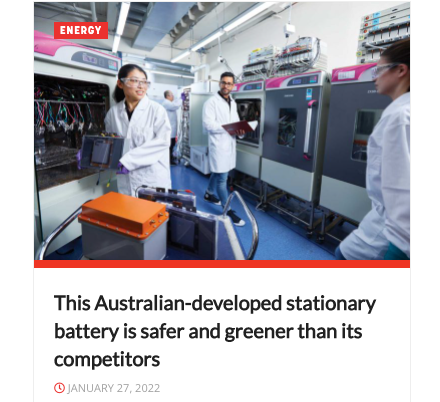